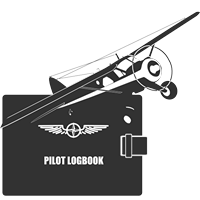 7.10.2019 – Version 1.61 released! This is mainly a bug fix release. There was a stupid bug, caused by my overlook, due to which users who did not have an airport database created in previous versions were unable to create a database, import simulators and airport data (It was not possible to create new database). I also made some improvements in the code to import airport data from X-Plane (I know it may sound unlikely considering the previous lines).

Also removed the link to FSPilotShop from this site, as it seems to be off business 🙁 Like in previous cases with SimPlanet and FlightSimStore, if you bought from this store, send me some proof of purchase to admin@mouseviator.com and I will send you the latest installer.

25.3.2018 – Version 1.50 is out. Apart from fixing some bugs, it brings the map viewer – you can view flights on map right from FS Logbook Editor. Newly you can also show/hide columns from the main logbook table view and filter out records using your own defined filtering codnitions. See this forum post for more details.  Also checkout the documentation below. As always in the past, it might take day or four before the updated installer is available in the store you purchased through. Changelog and DEMO are updated below.

7.7.2017 – Version 1.42 is out. It brings support for Prepar3D v4 logbook files. See this forum post for more details. As always in the past, it might take day or four (it is Friday…) before the updated installer is available in the store you purchased through. Changelog and DEMO are updated below.

23.5.2017 – Recompiled the 1.41 version to fix a bug at Pilot Templates. See this post at the forums. The DEMO installers are also updated.

19.5.2017 – Version 1.41 released. Download updated installer from the store you have purchased FS Logbook Editor at. The DEMO version and the CHANGELOG, which you can find down there on the page near the Download section, have been updated as well.

27.4.2017 – Just uploaded the new version – v1.40. This one brings support for additional airport data, such as airport name, city, country and state. These data can be imported from supported flight simulators. Now export to KML file – to view flights in Google Earth is possible, since FS Logbook Editor will know airport location when airport data are available. You can download the new DEMO below as always. Also see the CHANGELOG (the link is also below within Downloads, as it is there for a couple of years now). And last, read the updated Documentation.

Not all features requested within the survey has been implemented, but the development is not over yet. It took a little bit more work than I originally thought to make the current changes, but I believe that I can build feature updates on them (hopefully). As I wrote in the forums, I tried not to make this a “new” major version with new purchase, and it is not. Since there were not any “sale” since Christmas, consider the following 14 days (if there is no major issue with this version) a “sale”, as I plan to raise the price of FS Logbook Editor a little bit. So last chance to get it for current price for those of you who don’t have it and would like to.

Being busy programming and with life, I did not notice that Sim-Planet is down. So anyone who bought FS Logbook Editor via this shop, please contact me at admin@mouseviator.com for the update. I will need some proof of purchase, such as a print screen from Paypal or confirmation of payment from bank.

30.1.2017 – Thanks to all who responded to survey. Please see this post at forums I just made: Next update. The survey is still opened BTW.

4.11.2015 – Version 1.32 released! Again, DEMO version and Help file have been updated. It might take a day or two until the new installer is available at the store you purchased from.

23.5.2015 – Version 1.31 released! The DEMO version and Help file has been updated. As with previous updates, it might take day or two since the new version is available at the store you purchased at.

20.1.2015 – Version 1.30 released! Download the demo and/or see the updated Help document below. The list of features and image gallery have been updated. The new version should be available through the store you purchased at shortly. Try out the new features with the DEMO (you can, even your previous DEMO version expired!).

16.11.2014 – Another update is in development. For some info, please read here.You can now buy FS Logbook Editor also at SimPlanet.

What logbook? What is the logbook, you ask? Well, for aviators, the amount of hours flown is important, as it is on of the main indicators of their experience. So every pilot keeps track of his/her hours in a “logbook”, which is basically a paper or electronic list of all flights that aviator flew. For flight simmers, this logbook is created and written to automatically every time they run one of the simulators mentioned above. Information like departure airport, destination airport and of course flight times are automatically logged.

I can edit logbook records right inside Flight Simulator more or less, why should I need FS Logbook Editor? You are right, you can edit the records right in the flight simulator, but doing so feels a little clumsy to me, not much “user friendly”. It works fine to change one or two things from time to time, but it is not much “joy” for some more detailed logbook management. One example is, say you want to keep only “serious” flights you did inside the logbook. This would require you to go through all the records and delete all “test”, “tweak”, “whatever tuning” flight records. If I would have to do all of this in flight simulator interface, I would rather not do it at all. And FS Logbook Editor can do more than just those simple edits.

Attention please, FS Logbook Editor is NOT free. If you like it, you have to BUY a license to use it and agree with End User License Agreement (EULA) – all the stuff you would have done when buying another software. You can download and read the EULA below. You have to accept the EULA during installation in order to complete the installation process. By doing so, you hereby agree that you have read the EULA and you agree with what’s written in it – so make sure you have actually read it. You can also download a DEMO version of FS Logbook Editor which you can use for 15 days counting from the day you installed FS Logbook Editor. The DEMO version contains all features but displays a welcome dialog with each start.

Here you can download FS Logbook Editor EULA, Help file and/or DEMO version. All of these should provide you with enough information in order to make decision if you want to buy license for full version of FS Logbook Editor or not.

If you want to buy FS Logbook Editor, please go to one of these sites:

You should be able to download latest version via your account in these stores. If NOT, contact me via the email admin@mouseviator.com. Especially if you purchased FS Logbook Editor via SimPlanet or FlightSimStore which both ended. Just send me some proof of purchase like a row from Paypal listing and I will provide an actual version of the program to you.

In the gallery below you can view screen-shots of most FS Logbook Editor windows.

Should you have any questions, problems, suggestions regarding FS Logbook Editor, please go to the forums here: forums.mouseviator.com.
Try to find answer here or create new topic. You can also write directly to me at: admin@mouseviator.com, but the forums is preferable since it allows us to “share” the issues and resolutions. Either way you use, I will do my best to help you.

Newly you can also use the “live chat” in the lower right corner of the screen. You can leave question even though I am not always “on the wire”. I will answer as soon as possible. No registration! (If I’m online, otherwise you have to enter the email so I have “where” to answer). 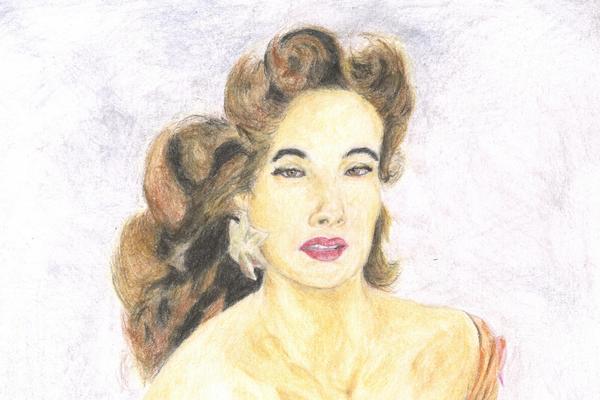